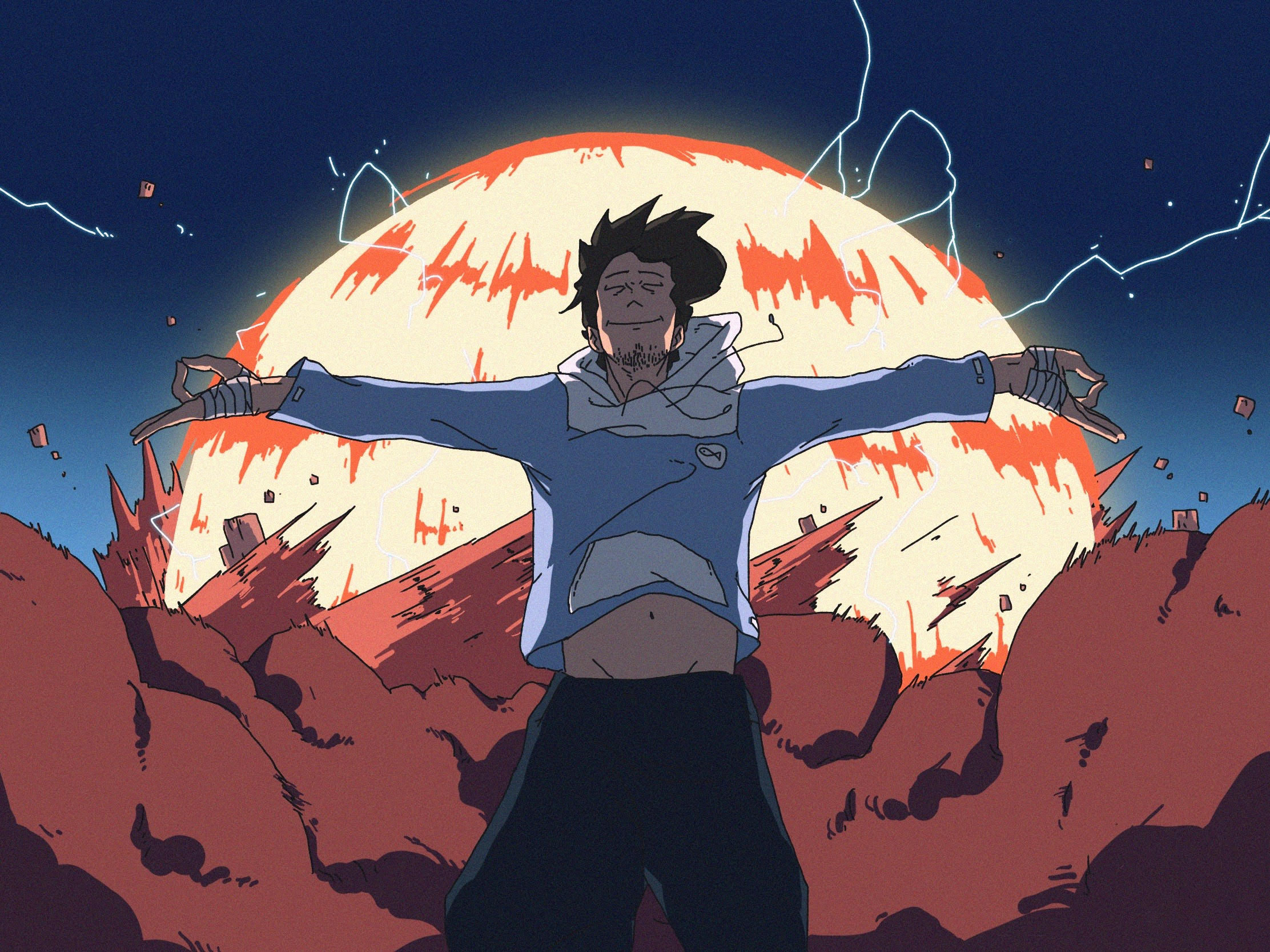 Over Arms is a rules-light Tabletop Role Playing Game designed for people familiar with series like JoJo’s Bizarre Adventure, Persona, Fate, Shaman King, etc. This game aims to recreate the themes, mechanics, and powers as seen in these kind of media.

Over Arms is very adaptable and can be used in a myriad of ways to suit your tabletop game, as the core of this system allows for you to create your own abilities while using two entities as one character.

Over Arms also comes with a bevy of information that will be more than helpful in aiding both the GM and the Players in understanding the inner workings of the Over Arms system throughout this book.

These quickstart rules will allow you to start your own Over Arms game and experience a portion of the action, adventure, and mystery contained in the full product.

Grab the complete version of Over Arms here

The Quickstart rules also omit some information from the list below:

Features of Over Arms include:

*This download contains both single and spread documents of the Over Arms quickstart rules.*

Over Arms is a rules-medium action trpg about summoning your psychological punch-ghosts to battle other punch-ghost-users.

The book itself is roughly a hundred pages, with intimidatingly good art and an extremely readable layout.

Jojo's, Astral Chain, and Persona all feel like influences on Over Arms' design and core elements, and Jojo's in particular is prominent, so if you're not familiar with it, think, like, if Alfred Hitchcock made a battle manga about body-horror and fashion.

If you *are* familiar with Jojo's, some of its core elements are replicated here, but not all. And the way the game does it is a bit strange.

Mechanically, Over Arms has a good deal in common with Jojo's Bizarre Tabletop. Both you and your Anima (punch-ghost) have stats, ranked from d4 to d12. You roll two stats and add the dice together to overcome obstacles. Calling on your Anima costs AP, and the penalty for running out is harsh, so you can also choose to roll by yourself, but when you do your odds of success drop heavily. The lowest TN in the game is 4, which is contextualized as "easy", so you're not going to be passing a lot of checks if you don't use your Anima.

Of course, your Anima provides benefits beyond just letting you access their stats. Each Anima comes with a unique power, which you can improve as you level up. And unfortunately (or fortunately) there aren't hard rules for how these powers work. The book gives you some advice on how to design and calibrate them, but that's it. Your Anima might deal damage, or it might impose status effects, or it might do something completely orthogonal to the mechanics of the game, and there aren't any rules to tell you what you can or can't make it do.

If your whole body just contorted at that, Over Arms may not be the game for you.

Still, in leaving Anima powers so loose, Over Arms accomplishes something pretty cool. It goes for a game balance that's deeply and intentionally collaborative. Sure, the GM is there to step in if things get out of hand, but otherwise players are free to declare starting abilities that the game doesn't have mechanics for. And as long as the group can manage this at the table, they work.

To give an example, one of the sample characters in the book has the ability to exchange the properties of two types of material they are touching. So they could carry around silly putty in one hand, grab an opponent's weapon with the other, and just turn it into silly putty in the middle. There's no dice math for how this works, it just does, and if this doesn't mess up your group it can make for some really interesting counterplay in combat, where a character doesn't need to be mechanically threatening to be dangerous.

I really adore this.

Now, Over Arms' game elements don't all feel fully baked. There's an 'optional' part of the game world where you can go into pocket dungeons to find rare items, but the game world itself is very unclearly defined. Anima users exist, but that's about as far as Over Arms' canon goes. This means you sort of have to DIY the setting alongside DIYing some of the mechanics, or else your game experience will end up being kind of bland.

Overall, I think in taking all these elements together, Over Arms' niche becomes clear. It's a toolkit, not an operator's manual. It wants you to take a minute to customize it before you play it, and once you do it becomes excellent. But if you just rush in, it feels a little undefined and strange.

I think if you have a group that enjoys designing as well as gaming, or if you have a GM that does some groundwork first, and if you like the asymmetricality of combat in Jojos (or the themes and style of Astral Chain,) you'll have a really fun time with this.

If you want a game that's very concrete with its rules and setting, Over Arms may not be your cup of tea.

However, even that has potential to change. I think Over Arms would benefit a ton from having "Part" supplements, books that provide more fleshed-out settings and maybe even mini-campaigns. If something like that ever comes out, I think I would recommend Over Arms to any group that likes fun, easy to pick up, collaborative and competitive combat rpgs. 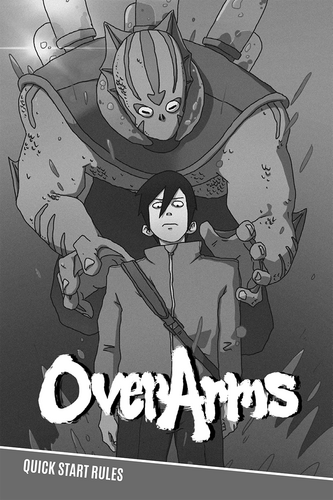